A Stack of Sticks (What You See is What You Get) 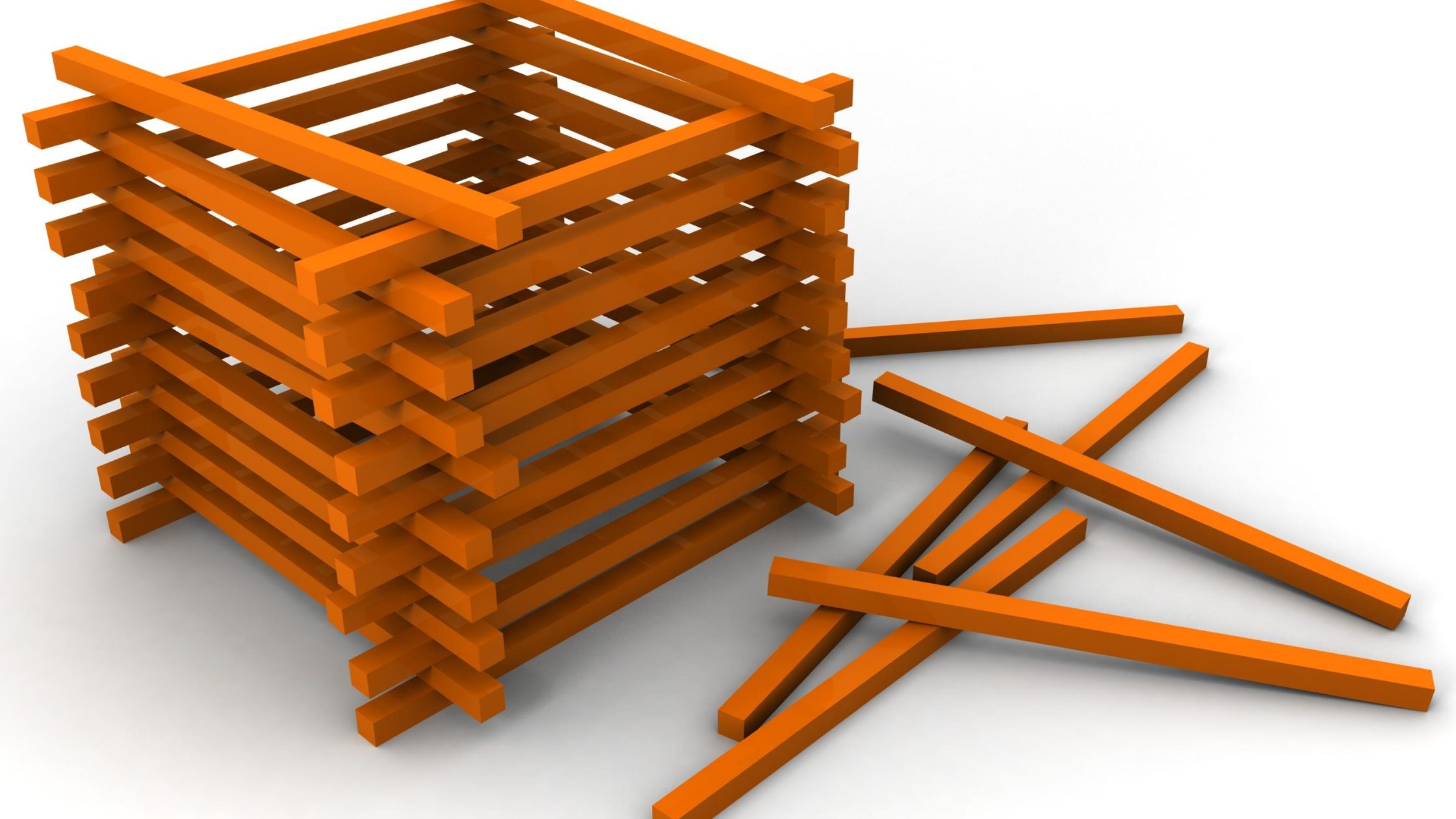 ​I was once asked by a millionaire businessman, “Randy, what do you think about when you’re not thinking about anything?” At first, I thought his question was humorous, but the more I considered it, I realized he was on to something.

We are what we think, and we are becoming what we intentionally or unintentionally think about. When my wife Patty sees me sitting quietly, she will sometimes ask “What are you thinking about?” When I retrace my thoughts, I realize how random and seemingly disconnected they are. Sometimes just for fun, I will recount the thoughts randomly streaming through my mind. It’s then that I will realize that I was heading toward some goal, project, task, or maybe our relationship, our children or grandchildren.

The key to this process is recognizing that we all have this “down time” when we are thinking, without thinking what we are thinking about. It seems convoluted, and in a way it is, but usually the initial thought is brought about by something we see or hear. It may be someone in a crowd, a billboard, TV show, a song, or something on a talk radio program. Each of these are unintentional prompts, but yet, we control them because it was our choice to tune in, view or focus on something.

What if you intentionally choose to watch, listen, read or, even more profound, choose to be around people who are more like what you want to be?

I have heard it said that our income in the future will be the average of the five people we are around most often. Think about that. Who do you hang around?

The influence of what you hear and see from the people you choose to be with are either influencing you to grow, or not. Wow! That can be encouraging. Or troubling.

Now, to the stack of sticks. While our pastor recently told the Biblical account from Genesis chapter 30, I was reminded about being intentional, and the impact of what we see daily.

The account is basically a love story with a lot of pursuit, deception, and tenacious persistence. Jacob, the guy who finally wins the beauty, makes a deal with her dad to tend his flocks. He also agrees to keep the spotted animals, and give her father the solid colored ones which are of greater value.

Jacob used a breeding strategy that would not be understood until thousands of years later.

We now know that his strategy of putting dark colored sticks with some of the bark removed, exposing the lighter colored stem, may have affected the animals’ visual attraction.

Based on a few choices, your life can begin to change TODAY.

​Integrity is frequently challenged in our work, home, and relationships of all kinds. When we break the barriers of our values, we set ourselves up for emotional pain and loss. We can rapidly drive though life without assessing our values and choices, and the impact on ourselves and others.

A few years ago, I was asked to attend a seminar at the Sonoma Raceway complex in Sonoma, California. I was to hear about the introduction of a high end car, and then return to Maryland and train the sales staff at a local dealership.

The most thrilling part of the experience was the high speed drive on the speedway. Helmet on and motor revved, I crossed in front of the grandstand at 120 miles per hour, a limit that was set due to the non-racing tires. After you pass the grandstand, then it’s all about negotiating the hairpin curves, a short straight away, rises in the track, and more curves, then back to the grandstand at full speed, ending with one more lap. It was exhilarating to say the least.

Whether you’re on a race track or in your personal vehicle going to the market, you don’t normally think about all the parts that make your travel possible.

Most of us think of integrity as “being on the up and up”, honesty or being authentic. The definition applied in this scenario is, “when all the parts fit together and perform as designed”.

Rarely do we identify the parts of our life and values, and whether they are performing well together.

As an example, if you are asked to do something in your work that is against your moral code and values, you will not be comfortable in your work, or elsewhere. Even though it was done at work, you carry it around in you, as if a piece of you is chipped or broken. In order for you to get back into full working order, or have integrity, you must be reconciled to your values and expectations of yourself.

In an automobile, one of its most complex systems is the transmission, which transfers power into motion. When I saw the cutaway of the high performance transmission in the car I had just driven, I was amazed at the overwhelming number of intricate gears and rods. If any one of its parts is broken, and the system looses integrity, it not only may stop working, but potentially produce catastrophic failure.

Do you need to change gears and get back to your values so that your performance and relationships are all working with integrity?

Solutions: Integrity: “when all the parts fit together, and perform as designed”

Love Is Patient, And Kind 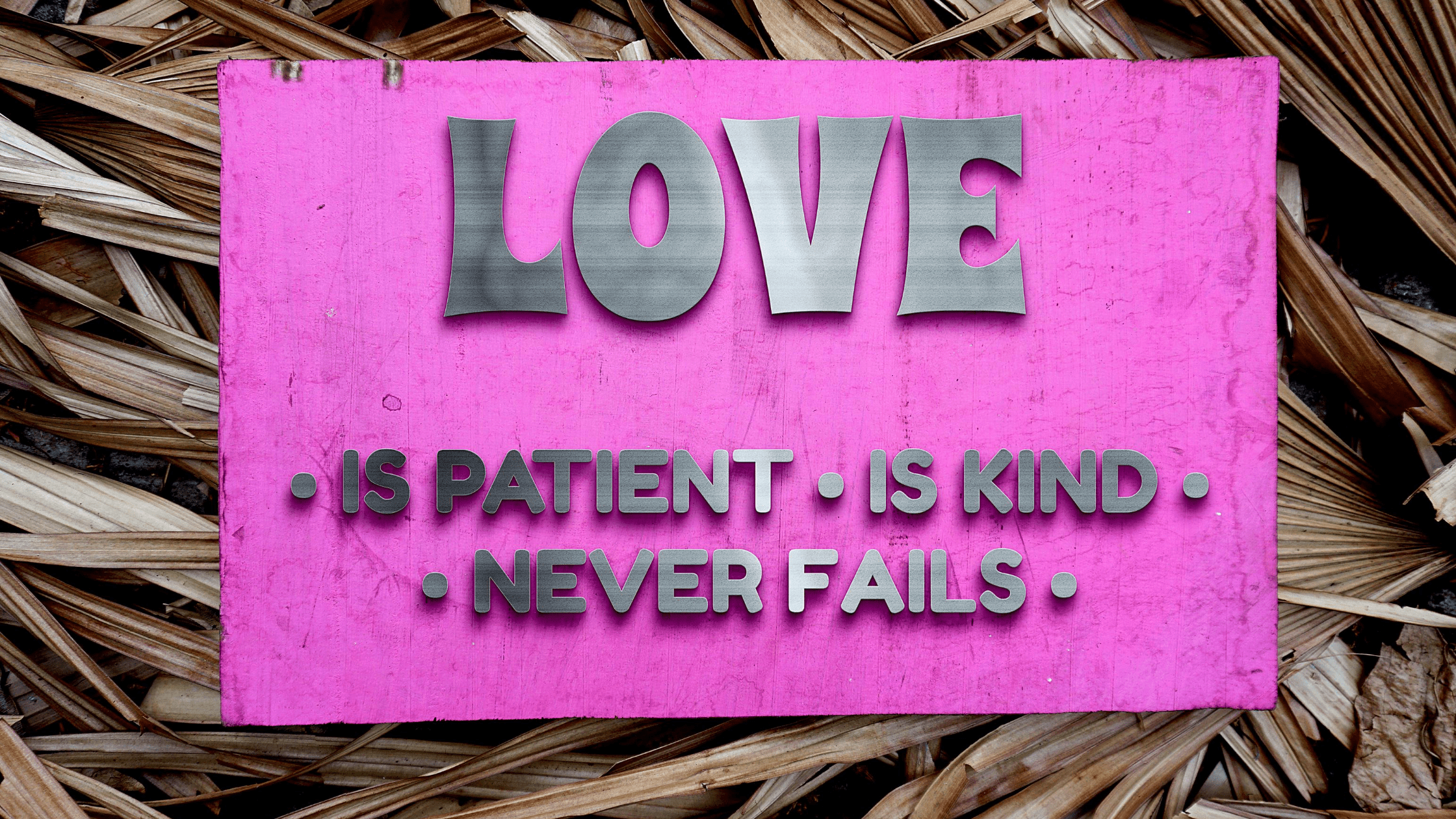 Often when I officiate a wedding, I read first Corinthians 13. Did you know this is a pretty famous and memorable passage?

Verse four begins with the phrase “Love is patient and kind”; in other words, it’s an attitude, and an action.

I’ve had married couples during counseling say after just a few years they’ve stopped telling one another each day that they love each other.

If this action is not happening, and you are not telling your spouse that you love her/him, then you have allowed something to affect your attitude. It’s critical to identify this challenge and resolve it.

This “something” that is affecting you can be a small, unexpected disagreement about something trivial, or it may be about a much deeper held value that you were unaware of before your marriage. It could also be as simple as the way your spouse drives in traffic.

Whatever it is, you need to discuss it openly and eradicate the feelings of separation, or it will permeate your relationship.

Those who received pre-marriage counseling with me learned that the single greatest indicator of a healthy, long-term marriage is your ability to resolve conflict*. I give ten steps to help a couple through the process, so that when it arises, they immediately implement them together.

It is important that you don’t put it off. Each day you allow the conflict to stay under the surface, it gains strength and continues to open the door even wider to destructive attitudes and behaviors. It’s only a matter of time, and the right emotional trigger, before it sticks its ugly head up.

Note that the passage in 1Corinthians begins with an ‘attitude’, and then an ‘action’. Patience is about your attitude or love; kindness is about your action.

The kindest and most courageous thing you can do is not let anything come between the two of you, so you must do whatever it takes to resolve it.

Of course along the way, it’s wonderful to discover what your partner enjoys, then you can fulfill the encouragement to be “Patient and Kind” toward one another by doing small kindnesses throughout your week.

And oh yes — start and end your day with, “I Love You”. A small act with huge benefits.

Solutions:
1. Keep checking your attitude, not theirs.
2. Discover what your partner enjoys and do it. Today.
3. Read together “The Five Love Languages” by Gary Chapman.
4. Define the problem. Generalizations are not productive, i.e. “You always…” “You never…” statements are counterproductive.
5. Listen, listen, and listen, especially when you feel defensive.
6. Cherish one another.
7. Don’t let yesterday dictate today. More about that later…